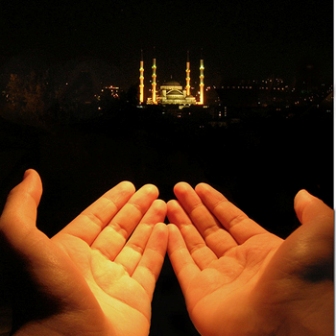 Ramadan is the most valued month in the Muslim calendar (Hijri) and it is obligatory for the Muslims to fast in the month of Ramadan. Here are some concerning and quick points that present the importance of Ramadan in Islam. Ramzan First Ashra Dua 2020. Ramzan First Ashra Importance Wird, Wazaif, Barkaat in the light of Quran and hadees Mubarak and Ramzan Benefits in modern Science, Ramzan first Ashra ( 10 Days) Dua and Ramzan Prayers on donpk.com

Fasting the month of Ramadan is a duty and a great worship. It is among the best acts of obeisance. In Fasting there is great reward.Imam al-Bukhari related the hadith-i Qudsi that the Prophet (sall-Allahu ta’ala ‘alaihi wa sallam) said that Allah said:  (The reward of every good deed is multiplied from ten up to seven-hundred times–except that of the Fasting–which is usually done in sincerity, will be multiplied by as many times as Allah wills.) 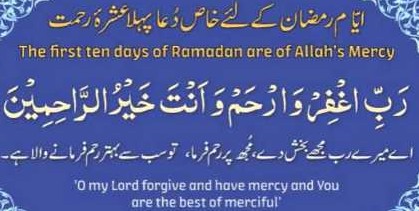 The obligation on the believers of fasting Ramadan is known from the Qur’an and the hadith. It was explicitly stated in Verse 183 of Surat al-Baqarah: (O believers, Fasting are an obligation upon you as it was ordained upon the [Muslim nations] before you–to help you become pious.) Fasting was an obligation upon the nations before the nation [Ummah] of Prophet Muhammad (sall-Allahu ta’ala ‘alaihi wa sallam), however, fasting the month of Ramadan especially is a specification for the nation of Prophet Muhammad (sall-Allahu ta’ala ‘alaihi wa sallam) only.