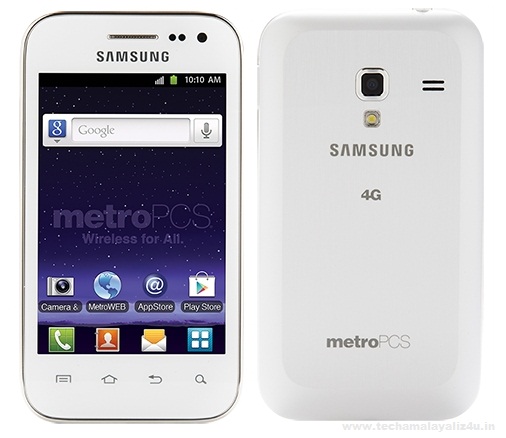 In Samsung Galaxy Admire 4G LTE Technology is added for much Data transferring as compared to Metro’s 2.5G.

However, those hoping to capable of a high-end smartphone won’t get one in the Admire 4G. Instead, the specification stacks up to a small, but low-priced entry-level device.

Let’s start with the 3.65-inch HVGA screen, which is minuscular by today’s standards. Then add the 1GHz processor, and top it off with Android version of 2.3 Gingerbread, which is already a few versions old at this point.

The Admire 4G also carries a 3-megapixel rear-facing camera and a VGA front-facing camera for video chats. While I fully expect this phone to satisfy the requirements of budget Smartphone seekers on MetroPCS’ network, but I am a little bit unsatisfied also because this phone is not a little more high powered with android Android 4.0 Gingerbread and a faster dual-core processor.