If we want to know about the Milad name meaning  than by Google we find it as the name of a baby boy in muslims and the meelad meaning is that:- 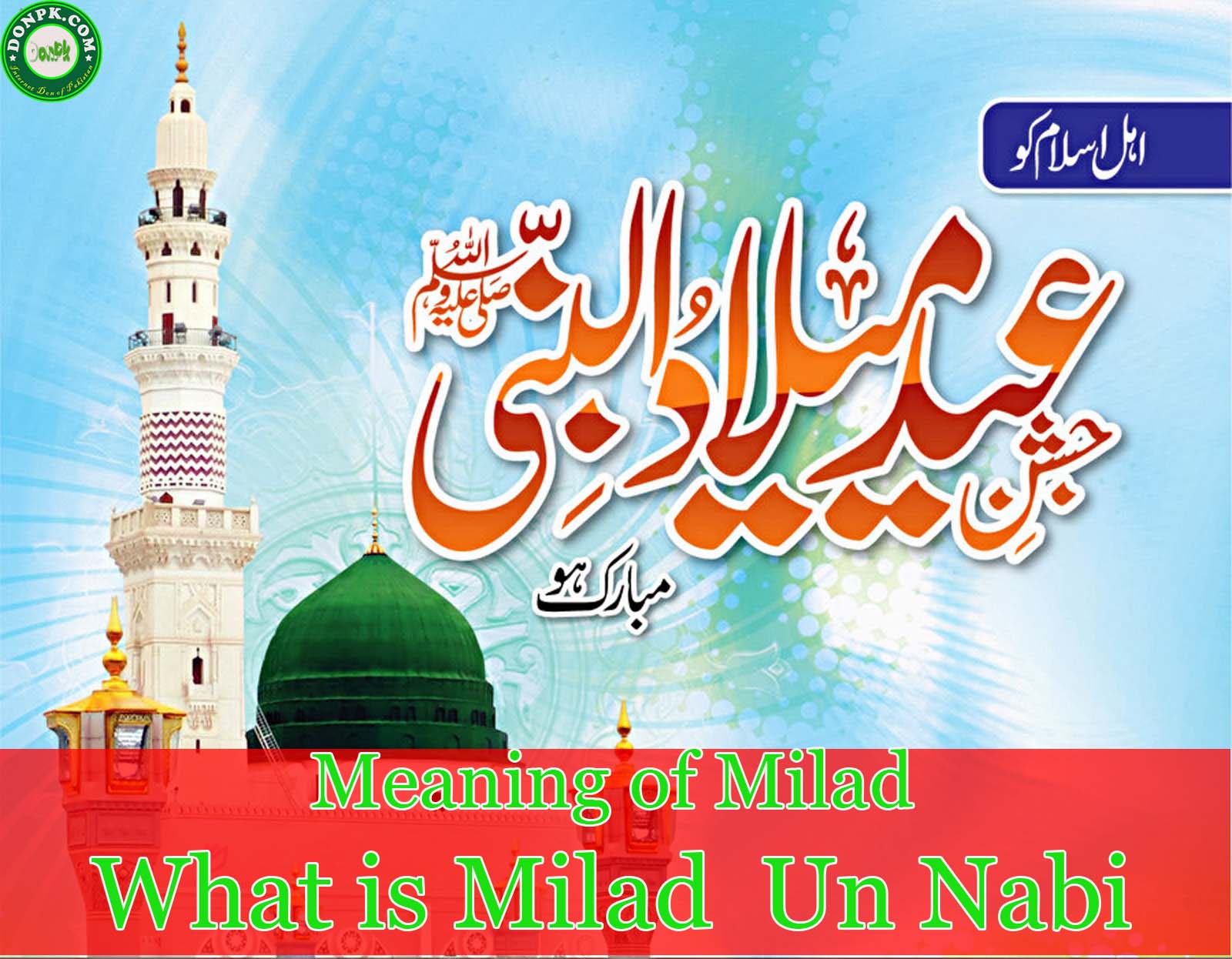 What is milad name meaning in Islam?

Milad is a Persian name. It is usually given as a first name to a male. It is mentioned that Milad was an Iranian hero in “The Shahnama of Firdausi”. … It can also mean birthday in the contemporary Persian language according to the Dehkhoda Dictionary.

But here we are not looking for baby boy name or just the meaning of word milad. We all are looking for the definition and meaning of eid milad un nabi in urdu and on English in Islamic context. So on this page we would try to give you comprehensive detail about the meaning of milad in Islam.

From Wikipedia, the free encyclopedia the word Mawlid- mawlidu n-nabiyyi is narrated as the birth of the prophet Muhammad (PBUH) . it is pronounced in various words like mawlid, mevlid, meviit, mulud or sometimes milad. It is observed in the Islamic Calendar month Rabi Ul awal that is the third month of the Islamic year.  12 rabi ul awal is the accepted date among Sunni Scholars while Shia community regards 17 rabi ul awal as the accepted date.

In most Muslim communities commemoration of Prophet, Muhammad (PBUH) Birthday is approved while some Muslims like Wahhabism/Salafism, Deobandism and Ahmadiyya disapprove its commemoration, considering it as an unnecessary innovation known as bidat.

As from the meaning of milad we have come to know that it’s meaning to give birth, and bear a child and in this way Mawlid refers to the observance of the birthday of Muhammad.

For Muslims 12 rabi ul awal is the day of Eid like Eid Ul Fitr and Eid ul Azha.   Get the full information of Eid milad Un nabi with Hadees Sharif and Quran teachings in Urdu on Donpk.com. Click here to get Eid Milad Un nabi speeches in Urdu on this page.

Milad is celebrated in all Muslim countries except in Saudi Arabia and Qatar.  It is celebrated by decorating mosques, and streets and by organizing large street processions, religious seminars, Quran recitations, naat sharif recitations, and speeches of Muslim scholars about prophet Muhammad’s (PBUH) teachings.

On this day everyone wears new dresses and prepares different dishes at home and distributes the money to poor and needy people and spends their whole day in doing charity work and according to the teachings of Islam.  In Pakistan, there is a public holiday of 12 rabi ul Awal and in Islamabad milad day starts with a 31-gun salute and religious hymns are sung during the day.

There is a lot to discuss but in fact it is all about prophet Muhammad’s Celebration and related to his life and teachings of Prophet Muhammad SAW.