Engineer Muhammad Ali Mirza arrested in Jhelum by Punjab Police due to inflammatory comments against different sects and inciting the youth towards Mulla status quo.

After launching the FIR against Engineer Muhammad Ali Mirza on social media people made strongly condemned on his arrest.  He is the best rational scholar and his arrest in the holy month Ramadan is condemnable.

There are millions of followers of Engineer Muhammad Ali Mirza on Youtube and Facebook and he delivers lectures with logic and reference from Quran & Hadith.

If there is no truth of inflammation or inciting the people then its alarming situation in Pakistan that if anyone speaks and talks with sense and facts then the same time his arrest is so shocked and appalled and it would be considered a crime. We need to get over Mullaism.

In Islamic history people were considered as traitors and of blasphemy. Some of them very well known as Maulana Mododi by all Mullas 2.Quaid e Azam was called kafir by father of Fazal ur Rehman 3.Allama Iqbal on writing Shikwa and this one Engg M Ali Mirza because his caste is Mirza.

There would be so many others which our society consider as they are traitor and obey the teaching of non-Muslims.

A person who has a huge knowledge of Quran Ahadees Asma ur Rijal, Physics, Chemistry, Biology, Virology, Aircraft, and most of the things arrest over a thing out of context is strongly condemned.

On Twitter and other social media sites #Engineer_Muhammad_Ali_Mirza has become a top trend in Pakistan and people have shown annoyance against his arrest because he just arrested due to the true voice of Islam. 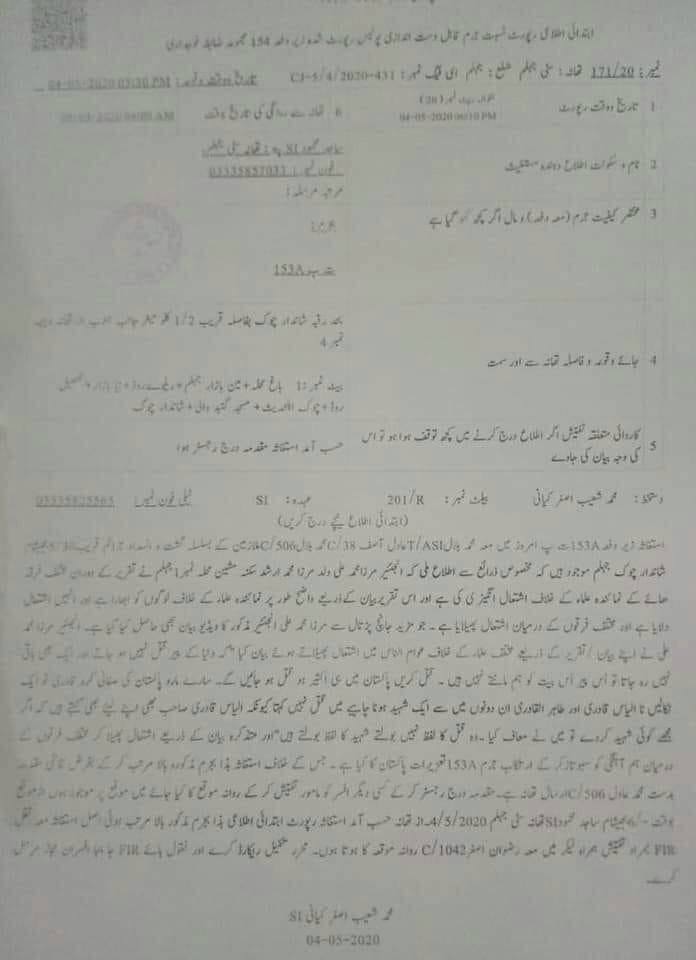