The following methods of cooking are necessary to know. Although; many of these cooking methods are not being used as frequently in today’s Kitchens due to the new or quicker cooking methods available, it is important to have sound knowledge of each.

Cooking methods consist of the following:

Involves cooking in water or a water based liquid/stock at its boiling points with sufficient heat input to generate bubbles of steam which agitate and  stir the mixture. The difference in boiling temperatures are very small and rapid boiling takes place at 100oC. 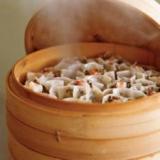 To cook in the vapours of boiling water.

Involves cooking  food, usually eggs or fish in a cooking liquid at a simmering point at around 970 C in an open or closed pan on the stove or in the oven.

Previously browned food  is cooked in just enough liquid to cover it in a pan with a very tight fitting lid which reduces evaporation. Braising is often finished in the oven after the meat and liquid/Stock have been brought to the boil on top of the stove.

To Cook in an oven with dry heat.

Bake goods are usually brown on the outside.

Food is cooked in the oven by a combination of convection and radiated heat. The object  of cooking by using this method isto brown the suface of the food and to make it crisp and tasty and to cook the interior to the right degree. Generally this method of cooking is used for meats and root vegetables.

Spit Roasting is to roast meat whilst it is being turned on a spit.

This cooking methods is using direct (radiated) heat with the aid  of fat in the form of basting. 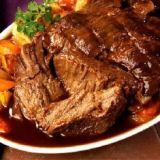 To cook meat which has been cooked in hot fat in a covered pan or casserole dish with a small amount of fat , liquid or vegetables added cooked over a low heat for a considerable amount of time.

To cook food by direct radiated heat over or under a heat source eg. Barbeque, Grilling or under a Salamander.

This is a quick method of cooking to a crisp, brown finish without added fat or oil. The highest of hottest part of a grill is approximately 9000C.

To cook food in a small amount of hot oil or fat in a frying pan.

Sauteing: To Shallow fry food in hot fat or oil whilst shaking or tossing ingredients so as to cook it or brown the surface.

To cook food by immersing it in and covering it with hot fat or oil at a temperature between 175 and 1950C.

The food is quickly sealed, crisped and cooked if not too thick.

A thin steel pan with one or two handles is placed over a very intense heat and different ingredients may be added to hot oil in order of the cooking time. The wok is also used for rapid stir-frying of a single vegetable or item of food for deep frying and it can be used for steaming using bamboo nested steamers.

A mixture of tough cuts of meat on or off the bone cut into small pieces and cooked very slowly with addition of vegetables and a cooking liquid/stock/red wine or white wine with the addition  of added flavourings and cooked until tender. This process of cooking can take many hours.

Very- high frequency of electromagnetic radiation used to heat up and cook foods.