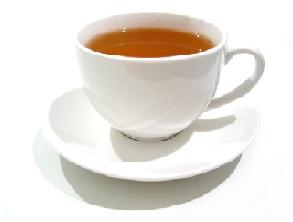 Tea is a natural drink that is filled to the brim with health benefits. Starting your day with a cup of the brewed leaves can provide a significant number of health benefits. Keep reading to see why you should stop for some tea a little more often.

Regarded for thousands of years in the East as a key to good health, happiness, and wisdom, tea has caught the attention of researchers in the West, who are discovering the many health benefits of different types of teas.

An herbal tea, tisane, or ptisan is an herbal infusion not made from the leaves of the tea bush. Tisanes can be made with fresh or dried flowers, leaves, seeds or roots, generally by pouring boiling water over the plant parts and letting them steep for a few minutes.

White tea is tea made from new growth buds and young leaves of the plant Camellia sinensis. The leaves are steamed or fried to inactivate oxidation, and then dried.

White tea therefore retains the high concentrations of catechins which are present in fresh tea leaves.

Green tea is a “true” tea (i.e. Camellia sinensis) that has undergone minimal oxidation during processing. The first of the less processed teas were white teas.

Tea contains a type of antioxidant known as a polyphenol that has been shown to protect cells from damage that would otherwise cause cancer and other diseases.

When tea drinkers with non-drinkers were compared in a study, it found that people who drank tea for at least a decade had the strongest bones. The presumption is that the phytochemicals, or natural compounds in plants, are responsible for contributing to bone health.

The National Institute of Health has shown that drinking between one to four cups of green or black tea daily is linked to a lowered chance of Parkinson’s disease.

Drinking tea may also delay risk factors associated with heart disease. It can also lower bad cholesterol. A study done in Japan found that adults who drank five cups of green tea daily had a 26% reduction in death from a stroke or heart attack.

Tea itself contains both tannins and fluoride which work to keep the plaque levels down. The problem is the sugar, so try to keep that limited.

Tea has 0 calories, which means that your waistline will thank you for substituting it for a sugary drink. In addition, 5 cups of tea per day has been shown to increase peoples metabolism, allowing them to burn 70-80 more calories a day.

It’s of note that teas can come regular and decaf, like coffee. However, the decaffeination process strips out certain antioxidants. Since tea contains less caffeine than coffee to begin with, regular tea may be more beneficial than the modified version.

As usual, it’s important that you speak with your doctor prior to making any diet changes. We’re just here to offer advice, not medical counsel

What are the symptoms of covid-19