HBL Pakistan Super League  PSL 6 has confirmed line-ups for all teams of the sixth edition of the marquee event of the Pakistan Cricket board. See local and foreign players list in platinum, diamond, gold, silver, emerging, and supplementary categories for each team. 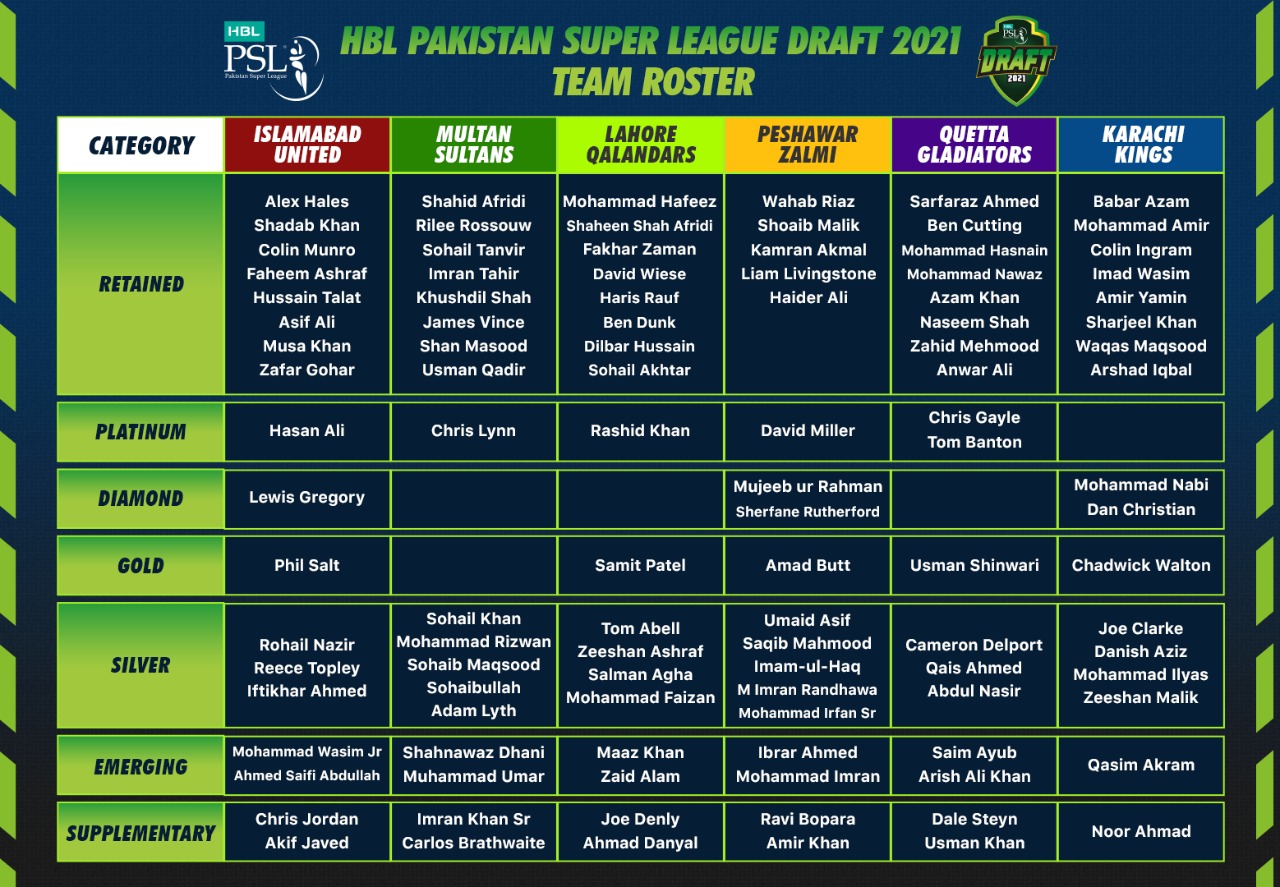 HBL PSL 6 has completed its draft process and major contribution took place in replacement by joining Hassan Ali in  United, Chris Lynn in Sultan, Miller in Zalmi, Rashid Khan in Qalandar, and Banton and Gayle in Quetta Gladiators while Karachi Kings retained its players and no one selected for the platinum category for Kings.

Each team has a minimum squad of 16 players and a maximum squad of 18 players including three platinum, three diamonds, three gold, five silver, two emerging, and two supplementary players for participation in PSL sixth edition from 20th February 2021 to 22nd March 2021 in Karachi and Lahore. See the complete schedule of PSL6 with match timings and venues by clicking here.